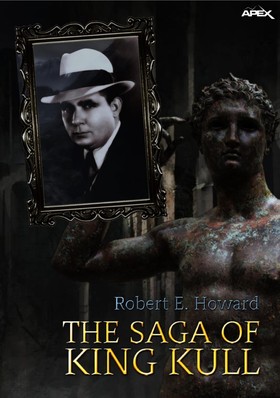 THE SAGA OF KING KULL

"Howard's writing seems so highly charged with energy that it nearly gives off sparks."–Stephen King"Robert E. Howard had a gritty, vibrant style–broadsword writing that cut its way to the heart, with heroes who are truly larger than life."–David GemmellIn a meteoric career that spanned a mere twelve years, Robert E. Howard single-handedly invented the genre that came to be called sword and sorcery. From his fertile imagination sprang some of fiction's most enduring heroes. Yet while Conan is indisputably Howard's greatest creation, it was in his earlier sequence of tales featuring Kull, a fearless warrior with the brooding intellect of a philosopher, that Howard began to develop the distinctive themes, and the richly evocative blend of history and mythology, that would distinguish his later tales of the Hyborian Age.Much more than simply the prototype for Conan, Kull is a fascinating character in his own right: an exile from fabled Atlantis who wins the crown of Valusia, only to find it as much a burden as a prize.This collection gathers together three stories plus one poem featuring Kull - The Shadow Kingdom (1929), The Mirrors Of Tuzun Thune (1929), Kings of the Night (1939) and The King And The Oak (1939). The stories are presented just as Howard wrote them, with all subsequent editorial emendations removed."Howard was a true storyteller–one of the first, and certainly among the best, you'll find in heroic fantasy. If you've never read him before, you're in for a real treat."–Charles de Lint"For stark, living fear . . . what other writer is even in the running with Robert E. Howard?"–H. P. Lovecraft