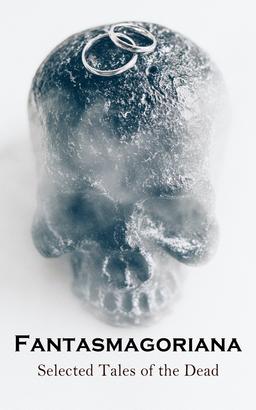 Fantasmagoriana - Selected Tales of the Dead

e-artnow presents to you the meticulously edited collection of "Fantasmagoriana – Selected Tales of the Dead." These were the very ghost stories that inspired and gave rise to classics like Frankenstein and The Vampyre. Originally translated from German, these tales have retained their charm, chilling effect, horror and suspense until today.
Contents:
The Family Portraits
The Fated Hour
The Death's Head
The Death-Bride
The Storm
The Spectre-Barber or, Dumb Love
Excerpt:
"It is generally believed that at this time of day no one puts any faith in ghosts and apparitions. Yet, on reflection, this opinion does not appear to me quite correct: for, without alluding to workmen in mines, and the inhabitants of mountainous countries,—the former of whom believe in spectres and hobgoblins presiding over concealed treasures, and the latter in apparitions and phantoms announcing either agreeable or unfortunate tidings,—may we not ask why amongst ourselves there are certain individuals who have a dread of passing through a church-yard after night-fall? Why others experience an involuntary shuddering at entering a church, or any other large uninhabited edifice, in the dark? And, in fine, why persons who are deservedly considered as possessing courage and good sense, dare not visit at night even places where they are certain of meeting with nothing they need dread from living beings? They are ever repeating, that the living are only to be dreaded; and yet fear night, because they believe, by tradition, that it is the time which phantoms choose for appearing to the inhabitants of the earth..."

Spirits of the Woods
Taffy Sealyham