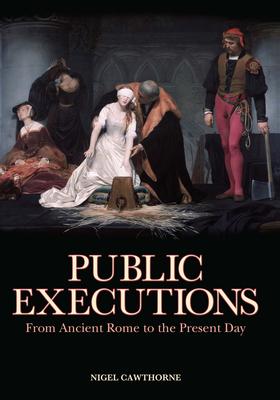 Public Executions: From Ancient Rome to the Present Day

From Ancient Rome to the Present Day

Societies throughout history have adopted many and varied methods of meting out the ultimate sanction of capital punishment to their more unruly members.

Although a number of countries across the globe still execute their own citizens, on occasion in public, the modern world in general views execution with distaste, and public execution doubly so. Public Executions documents the phenomenon of state-sanctioned killing from the ancient world to modern times, and in doing so, shows that although we regard the ancient practices with horror, they would have been equally bemused by our modern scruples, and would have regarded execution behind closed doors as little short of murder.

Public Executions is a gruesomely enthralling account of public executions down through the ages and from around the world.

History of the Wars by Procopius - The Persian War
Caesar