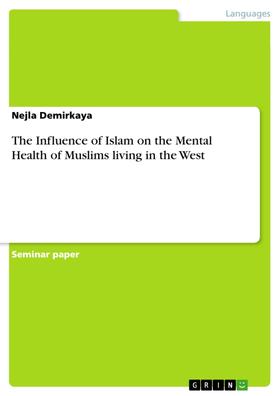 Seminar paper from the year 2014 in the subject Orientalism / Sinology - Islamic Studies, grade: 1,3, University of Göttingen (Centre for Modern Indian Studies), course: Religion, health and medicine in India, language: English, abstract: For the past decade, the Islamic faith, especially when represented by minority communities living in Western countries, has repeatedly been the subject of heated debate in the political and the public sphere. Its followers are consequently confronted with the predicament of living in accordance to the prescriptions of their faith and being compelled to justify it. In this regard, Islamic adherence could very well be assessed as quite a burden. However, religion and spirituality have long since been recognised as beneficial to the coping process in times of emotional and psychological distress, albeit predominantly in the Christian context. Acknowledging the special situation of Muslims in Western countries , this paper aims to provide an analysis of the situation of Muslims with mental health issues living in a non-Islamic society, namely the multicultural, secular societies of the UK and the USA. It furthermore seeks to establish in what ways the Islamic religion influences the patients‘ outlook on themselves and their choices of treatment. It presumes that anti-Muslim bias, unfortunately widespread in the West, has its impact on its victims‘ psychological well-being. Not merely belonging to a minority group, but one that is continuously hated against, might prove to be a factor that negatively affects the psychological health of Muslims.
Numerous questions are inherently connected with this approach: How does affiliation to Islam influence adherence to treatment regimes? Do Muslims in the West generally oppose biomedicine? Or are biomedical and traditional treatment complementary in the minds of the sick? Does Islam promote behaviour beneficial to mental health or does it rather constitute a risk factor? Does the simple fact of following Islam present Muslims living in the West with conditions harmful to their mental health?

Am I Meant For Gray
Emma Larsson