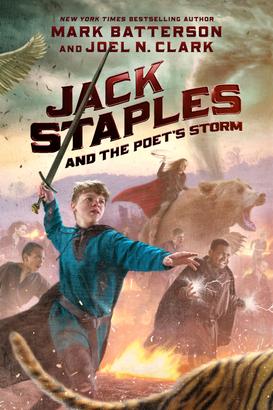 Jack Staples and the Poet's Storm

In the epic conclusion to the Jack Staples trilogy, Jack and Alexia are forced to make an impossible choice, one that will both destroy and save the world.

Our world is more fantastical than we dare imagine ... filled with both unbelievable beauty and horrific evil. Just ask Jack Staples and Alexia Dreager. They’re at the epicenter of the conflict that’s been raging since time before time began. Their birth and destiny have long been prophesied—but things aren’t going as planned.

In this epic conclusion to the Jack Staples trilogy, Jack and Alexia must make an impossible choice during their final battle against the Assassin—one that could alter time itself and the fate of the world.

Jack Staples and the Ring of Time
Mark Batterson

Across the Border
Arleta Richardson

How To Slay a Dragon
Bill Allen

Jack Staples and the Ring of Time
Mark Batterson