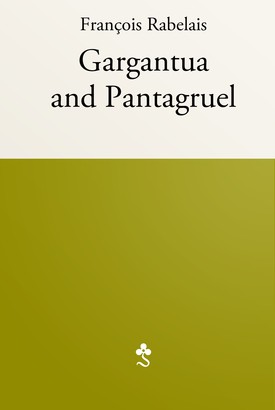 The Life of Gargantua and of Pantagruel is a series of five connected novels written in the 16th century by François Rabelais, which tells of the adventures of two giants, Gargantua and his son Pantagruel. The dazzling and exuberant moral stories of Rabelais expose human follies with their mischievous and often obscene humour, while intertwining the realistic with carnivalesque fantasy to make us look afresh at the world. Gargantua depicts a young giant, reduced to laughable insanity by an education at the hands of paternal ignorance, old crones and syphilitic professors, who is rescued and turned into a cultured Christian knight. And in Pantagruel and its three sequels, Rabelais parodied tall tales of chivalry and satirized the law, theology and academia to portray the bookish son of Gargantua who becomes a Renaissance Socrates, divinely guided in his wisdom, and his idiotic, self-loving companion Panurge.

To the Last Man
Zane Grey

Soul of a Bishop
H.G. Wells

The First Men In The Moon
H.G. Wells