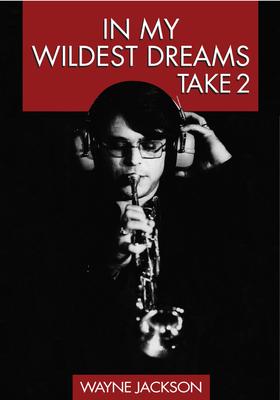 In My Wildest Dreams - Take 2

Trumpet legend Wayne Jackson is a 2012 Grammy Lifetime Achievement Award recipient for his work along with saxophone partner, Andrew Love, as The Memphis Horns. He has performed on 83 gold and platinum records, 52 number ones and 15 Grammy winners. His signature sound can be heard on such iconic classics as "Let's Stay Together," "Sweet Caroline," "Dock of the Bay," "Hold On I'm Comin'," "Angel of Harlem," "Mustang Sally," "Soul Man," "Suspicious Minds," "Roll With It," "Think," "Sledgehammer," "Knock On Wood" and hundreds more.

Jackson's second book, "In My Wildest Dreams - Take 2," picks up in 1970 as Jackson and saxophone partner, Andrew Love, have incorporated as The Memphis Horns. What follows is a wild ride through the top of 1970s rock and roll as Jackson recalls stories from his days on tour with Stephen Stills, Rod Stewart and the Doobie Brothers, along with his whirlwind of adventures back home in Memphis. From performing on stage with Aretha Franklin, to hanging out with John Wayne to flying Bob Hope in a Learjet, you will think you were there.

The book also features a bonus section titled, "On The Record With Wayne," where Jackson shares comments about many of the songs he has played on and artists he has worked with.

"In My Wildest Dreams - Take 2" is truly an All Access Pass to the backstage of 1970s music history.