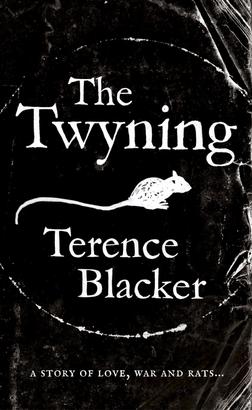 What WATERSHIP DOWN did for rabbits, THE TWYNING will do for the kingdom of rats.

This is the story of Efren, a young ratling born into the Court of Tasting, in the kingdom of rats below the city streets. The kingdom is in turmoil after the death of the old king, assassinated by a human scientist, Dr Henry Ross-Gibbon. Obsessed by an ambition to exterminate all rats, the doctor is assisted by Dogboy, an abandoned thirteen-year-old with a gift for understanding animals. Soon a war to the death rages between the rat kingdom and its mortal enemy: humankind.

Hurt and alone, Efren finds shelter with Dogboy and his friend Caz, a runaway eleven-year-old girl. And between these unlikely allies a spark is ignited – first of communication, then of hope. This tumultuous story of creatures caught up in a pitiless war transcends the barriers between animals and humans. What Watership Down did for rabbits, THE TWYNING will do for the kingdom of rats.

A College of Magics
Caroline Stevermer

Do Not Resurrect
Chairman Kingmaker