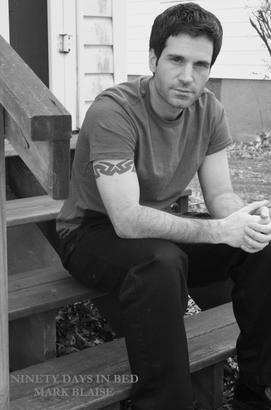 Judas has been married to Chantal for several years. He has a successful writing career and a home in New Jersey that he loves. But an unexpected and mysterious illness, as well as the medication for this illness, is causing him multiple symptoms and side effects, including feelings of suspicion and distrust toward his wife. His feelings of fear and paranoia grow, as he begins to believe that his boss and some of his friends are also out to destroy his life. Meanwhile, a hurricane is predicted to hit New Jersey that may alter the state forever. Before Judas can regain his well being and a healthy perspective on reality, he may obliterate all of his accomplishments with a rage that he has completely lost control of.

Ninety Days in Bed takes you inside the disease of Hepatitis C, in an agonizing portrait of one man's illness and a half-hearted attempt at recovery.