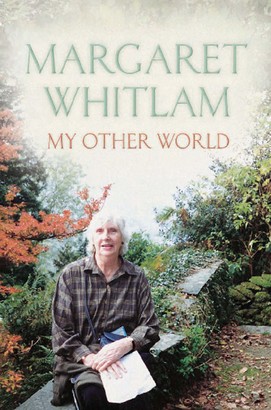 Buchbeschreibung zu „My Other World“

The coach waiting for us at the airport was driven by Richard. His only English words were 'no problem' but he was an excellent driver, negotiating the sometimes tortuous French roads in his big white bus...On the first tour, we kept noticing a small car that seemed to be following us. Day after day with the same attractive driver. Eventually the penny dropped... she was Richard's partner. She caught up with him each evening but didn't want to intrude. When we realised the situation we warmly welcomed Silvie into our group...
For almost ten years Margaret Whitlam led a double life.
Best known for her role as a much-loved public figure and 'National Treasure', Margaret also happens to be a tour leader extraordinaire. She has visited almost every corner of the globe, taking with her hundreds of travellers on group study tours.
This is Margaret's story of people and places she encountered in her 'other world' - travelling the Wine Road of Burgundy
walking through the ancient city of Macchu Picchu
sharing a meal with a friendly family in their Moscow home
going to the opera in Vienna, and a nightclub in Istanbul. It is brimming with anecdotes and observations, and the odd travel tip (a great place to eat in Dijon, an experience to avoid on Lake Titicaca).
Margaret's tours were so popular that some people travelled with her year after year. You will meet Betty for whom the world is magnifique, Charles the 'Bairn from Nairn', Father Jim who is not always reverent, lovely Mariana crossed-in-love... and many more. Margaret's gentle humour and infectious enthusiasm for faraway places make this a truly delightful way to journey around the world - all from the comfort of your favourite armchair. Join her as she travels across Siberia, along the Danube and on to Olympia, Rio and Chiang Mai...

Ähnliche Bücher wie „My Other World“

A Measure of Danger
Michael Nicholson

Your Mother Would Be Proud
Tamara Sheward