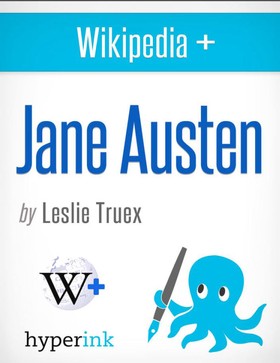 Jane Austen is more famous, loved and regarded today than when she was alive writing her witty stories of love in the late eighteenth and early nineteenth century. Some suggest the resurgence has to do with the 1995 BBC adaptation of Pride and Prejudice that propelled Colin Firth’s career. That same year, Emma Thompson wrote the screenplay, for which she won an Oscar, and starred in Austen’s Sense and Sensibility – also starring Kate Winslet, Hugh Grant and Alan Rickman (most recently famous for his role as Snape in Harry Potter).

One could even attribute the most recent interest in Austen to Stephanie Meyer’s Twilight Series in which she mentions classic literature including Pride and Prejudice. Indeed, in 2009 Pride and Prejudice was released as part of Bella’s favorite books with a Twilight inspired cover. Other authors have also been intrigued with Austen rewriting classics such as Pride and Prejudice and Zombies by Seth Graham-Smith or using characters from the books, such as the recently released Death Comes to Pemberley by P.D. James.

EXCERPT FROM THE BOOK

A common theme in Austen’s works is the idea that finances and social rank outweigh morals. Characters with questionable morals, such as Wickham in Pride and Prejudice, Mary Crawford in Mansfield Park and Willoughby in Sense and Sensibility are driven by financial gain. Often the very best characters have little money or stature, as seen in Elizabeth Bennet of Pride and Prejudice and Elinor in Sense and Sensibility.

However, Austen doesn’t villanize the rich. Several characters with high social ranking and money also have good values, such as Mr. Darcy in Pride and Prejudice, and Mr. Ferrars and Col. Brandon in Sense and Sensibility. Austen’s stories often revolve around the challenges faced by those who have reputations to maintain, but morals that contradict social decorum. For example, Mr. Darcy who is held in high esteem, knows that Elizabeth Bennett is not only below his station, but her family’s behavior is an embarrassment. But Darcy loves Elizabeth, which puts in place a conflict between duty to his family and following his heart...

Buy a copy to keep reading!

The Complete Novels: The Portrait of a Lady + The Wings of the Dove + What Maisie Knew + The American + The Bostonian + The Ambassadors + Washington Square and more (Unabridged)
Henry James

The Portrait of a Lady (The Unabridged Edition)
Henry James