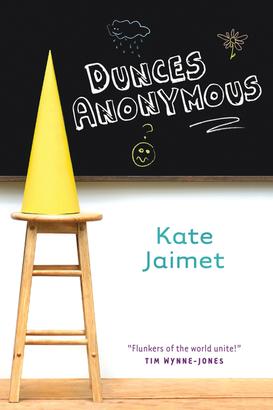 Josh Johnson's mother wants him to run for class president. Josh just wants to run and hide. If only there were a club to help downtrodden eleven-year-olds escape their parents' ambitions! But since no such club exists, Josh has to invent one—he calls it Dunces Anonymous, and before he knows it, the membership is up to three.

Magnolia and Wang help Josh lose the school presidential election, but that's just the beginning of the club's activities. Magnolia, pressured by her mom into trying out for the role of Juliet in the school's play, finds herself fending off the advances of an overly amorous Romeo. Wang's father has forced him to join the school chess club, but Wang desperately wants to take fencing lessons instead.

As the three friends try to free Magnolia from the school play, liberate Wang from the chess club and get rid of horrible Stacey Hogarth, who has vowed to become the new president of Dunces Anonymous, they realize that they all have talents—if only their parents could see them.

I Owe You One
Natalie Hyde