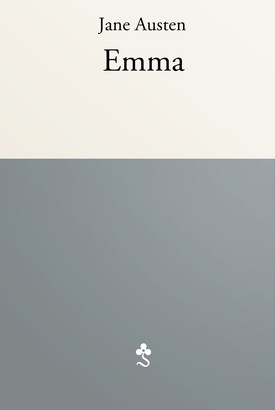 Emma, by Jane Austen, is a novel about youthful hubris and the perils of misconstrued romance. The novel was first published in December 1815. In the very first sentence she introduces the title character as "Emma Woodhouse, handsome, clever, and rich." Emma, however, is also rather spoiled, headstrong, and self-satisfied; she greatly overestimates her own matchmaking abilities; she is blind to the dangers of meddling in other people's lives; and her imagination and perceptions often lead her astray. Emma Woodhouse is the first Austen heroine with no financial concerns, which, she declares to the naïve Miss Smith, is the reason that she has no inducement to marry. This is a great departure from Austen's other novels, in which the quest for marriage and financial security are often important themes in the stories. Emma's ample financial resources put her in a much more privileged position than the heroines of Austen's earlier works.

Jane Austen is best known as the author of Sense and Sensibility, Pride and Prejudice, Mansfield Park, Emma, Northanger Abbey, and Persuasion. She wrote as many as 3,000 letters during her lifetime, but only 161 survived (the recipient of these letters, her sister Cassandra, burned the majority of them; this was, ostensibly, to stop anyone from reading Jane's "sometimes acid or forthright comments on neighbours and family members").