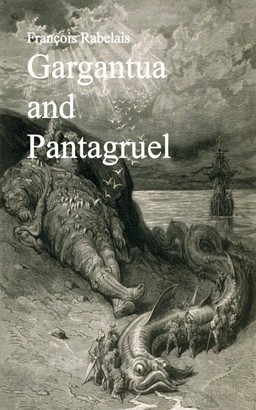 The Life of Gargantua and of Pantagruel is a pentalogy of novels written in the 16th century by François Rabelais, which tells of the adventures of two giants, Gargantua and his son Pantagruel. The text is written in an amusing, extravagant, and satirical vein, and features much crudity, scatological humor, and violence (lists of explicit or vulgar insults fill several chapters).
The censors of the Collège de la Sorbonne stigmatized it as obscene, and in a social climate of increasing religious oppression in a lead up to the French Wars of Religion, it was treated with suspicion, and contemporaries avoided mentioning it. According to Rabelais, the philosophy of his giant Pantagruel, "Pantagruelism", is rooted in "a certain gaiety of mind pickled in the scorn of fortuitous things" (French: une certaine gaîté d'esprit confite dans le mépris des choses fortuites).

Snowdrop and other Tales
Jacob and Wilhelm Grimm