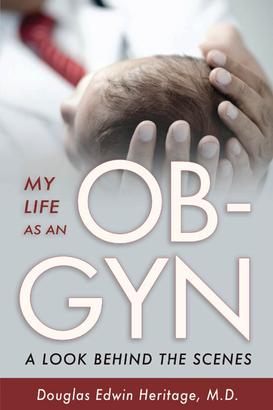 My Life as an OB-GYN

A Look Behind the Scenes

Buchbeschreibung zu „My Life as an OB-GYN“

For most women, a visit to the OB-GYN is a dreaded experience. In a book that is as eye-opening as it is compelling, retired OB-GYN Douglas Edwin Heritage invites us to share the joy, humor, and tragedy of his 43-year career as a medical student, intern, resident, and physician in private practice.

Douglas Edwin Heritage was born in New Jersey in 1948. He majored in pre-medicine at the University of Maryland, College Park, where he graduated in 1971 with High Honors and High Honors in Zoology. He was accepted at the Medical College of Virginia-Virginia Commonwealth University, which he attended from 1971 to 1975, graduating as a Doctor of Medicine.

From 1975 through 1978, Heritage was a Resident in the Obstetrics and Gynecology program at the Medical College of Virginia Hospitals. After finishing his residency, he practiced for one year with an established OBG group in Petersburg, Virginia. He left in 1979 to begin solo practice in Woodbridge, Virginia, where he practiced both obstetrics and gynecology until retirement in January of 2014.

Dr. Heritage is now happily married to Katie Shaw, and they continue to reside in Prince William County, Virginia.

Ähnliche Bücher wie „My Life as an OB-GYN“

The Rise and Fall of Squizzy Taylor
Hugh Anderson