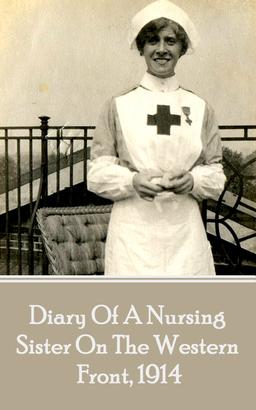 Diary Of A Nursing Sister On The Western, 1914

Buchbeschreibung zu „Diary Of A Nursing Sister On The Western, 1914“

The Great War invoked Empires and Nations to fall upon one another with a savagery and carnage that took the lives of millions and scarred, both mentally and physically, the lives of millions more. For a solider there was the mission; kill or be killed in duty to your Country. For those who would tend to the wounds of these men was the mission to save as many of them as they could, often under awful conditions, often in waves as battles raged, ebbed and flowed and folded the fallen back into some kind of safety. For the Nursing staff it was an impossible job. Everything about their character was called into action. What they had to give was never going to be enough, it would never stretch to cover the vast numbers to be tended, the horrific injuries to be nursed. But they carried on. With kindness, common sense and even a little humour. Here one Nursing Sister reveals the true story page by page in an account of War that few have seen.

Ähnliche Bücher wie „Diary Of A Nursing Sister On The Western, 1914“