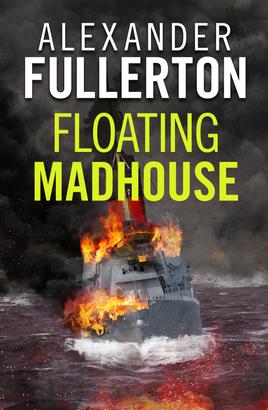 A gripping historical adventure from the author of the Nicholas Everard naval thrillers.

It is the summer of 1904 and Tsar Nicholas II is sending his Baltic fleet – a ragtag bunch of old crooks, untrained, potentially mutinous crews and hopelessly inefficient officers – halfway around the world to reinforce his few remaining ships in the Far East. Here the Japanese fleet under Admiral Togo has been scoring success after success against the Russians.
Michael Henderson, a lieutenant caught in a forbidden tryst with the young Princess Natasha Volodnyakova on the eve of her engagement party to another man, is offered the dubious honour of sailing as an observer to Tsushima, where one of the most devastating sea battles in history will be waged. Unable to refuse, Henderson will need all his wits, and a good measure of luck, if he wants to survive…
Floating Madhouse is a masterpiece of historic and military detail, ideal for fans of Douglas Reeman and Philip McCutchan.

Look to the Wolves
Alexander Fullerton

The Blooding of the Guns
Alexander Fullerton