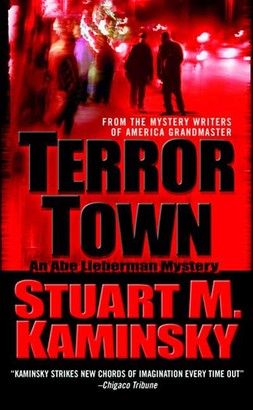 Carl Zwick is an aging Chicago Cubs baseball player. Sometimes he feels like he's spent his life hitting into double plays, but he's finally gotten onto the right track. Then tragedy strikes him out.

Anita Mills is a pretty single black mother just trying to get by. A random act of brutality in one of Chicago's rougher neighborhoods permanently ends her struggle.

Richard Allen Smith walks the streets of ChiTown saying God has sent him. He has an unusual, rather nasty way of getting converts to see the light.

What do these people have in common?

Nothing, it would seem, except they are all part of Detective Abe Lieberman's very long day. Lieberman, a sad, baggy-eyed spaniel of a man with the patience of Job and the wisdom of Solomon is trying his best to make his beloved Chicago a better place.

But when Lieberman and his partner, Bill Hanrahan, encounter these three very different situations they are find that there are ties that bind and ties that can cut a man's heart out. Abe Lieberman faces a Gordian knot that he must somehow untangle—and if he makes a mistake, someone very near to him could die.