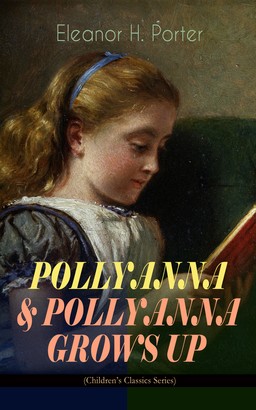 his carefully crafted ebook: “POLLYANNA & POLLYANNA GROWS UP (Children's Classics Series)” is formatted for your eReader with a functional and detailed table of contents.
Pollyanna is a best-selling novel by Eleanor H. Porter that is now considered a classic of children's literature, with the title character's name becoming a popular term for someone with the same very optimistic outlook. Pollyanna has been adapted for film several times. Some of the best known are Disney's 1960 version starring child actress Hayley Mills, who won a special Oscar for the role, and the 1920 version starring Mary Pickford. The book was such a success that Porter soon produced a sequel, Pollyanna Grows Up (1915). The sequel Pollyanna Grows Up is the only one written by Porter herself; the numerous later additions to the Pollyanna franchise were the work of other authors.