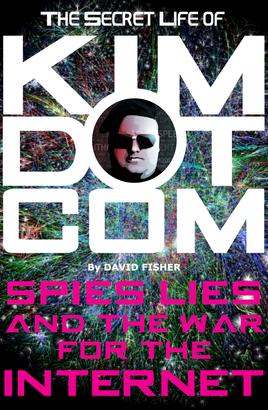 The Secret Life of Kim Dotcom

Spies, Lies and the War for the Internet

From a lonely boy’s bedroom in Germany to the penthouses of Hong Kong, from Wellington’s Beehive to Washington’s corridors of power, from the sedate suburb of Coatesville to the motor racing tracks of Europe, this is the untold story of the charismatic internet tycoon who has driven governments to distraction while winning the affection of internet users worldwide.

It recounts not only the high profile political and legal battles but also the behind the scenes domestic life of a man who has more wealth than he can spend in New Zealand and who once escaped to Europe for the winter … and took his cars and furniture with him.

The book is not an authorised biography but has been written with the full co-operation of Kim Dotcom, who has granted the author hours of exclusive interviews.

The book also reveals: why Hollywood is obsessed with Dotcom; why he and wife Mona decided to settle in New Zealand; the full story of the dawn raid; what happened to Dotcom in jail; the truth about John Banks and Dotcom; who knew what and when; and where The Hobbit comes into it.