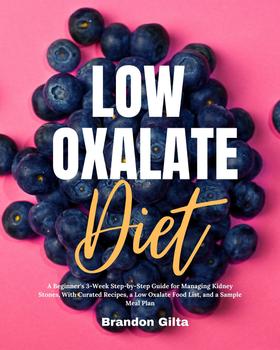 
Kidney stone removal is one of the earliest medical procedures recorded in history. In ancient India, around 600 BC, a physician named Sushruta described the process of bladder stone extraction through the perineum. It was around the 3rd century that the process of breaking down the stones into smaller pieces was first introduced. History proves that the battle against kidney stones is as old as history itself.


Most medical practitioners agree that kidney problems are a silent pandemic. As many as 37 million adults in America suffer from kidney problems. What's worse is that they don't even know it until their kidneys start to fail. And when the kidneys fail, the body's normal function is also affected. One of the main culprits behind kidney problems is the formation of kidney stones. Chronic kidney stone formation may end as a bigger kidney problem if left untreated. And if you already have one, you’ll have more chances of developing another.


● The right way to eat without getting worked up on kidney problems.
● How you can maintain a diet while eating the foods that you love.
● The importance of knowing what exactly your food is made up of.
● Why you need to be cautious of eating anything marketed as healthy food.
● How you can increase longevity via kidney health

The 5 balances of health
Marcos Mazzuka

Around the body in 40 points
Alejandro Lorente