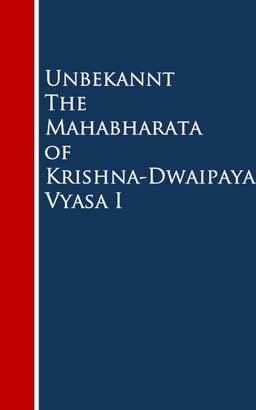 The Mahabharata of Krishna-Dwaipayana Vyasa I

Beschreibung zu „The Mahabharata of Krishna-Dwaipayana Vyasa I“

The object of a translator should ever be to hold the mirror upto his author. That being so, his chief duty is to represent so far as practicable the manner in which his author's ideas have been expressed, retaining if possible at the sacrifice of idiom and taste all the peculiarities of his author's imagery and of language as well. In regard to translations from the Sanskrit, nothing is easier than to dish up Hindu ideas, so as to make them agreeable to English taste. But the endeavour of the present translator has been to give in the following pages as literal a rendering as possible of the great work of Vyasa. To the purely English reader there is much in the following pages that will strike as ridiculous. Those unacquainted with any language but their own are generally very exclusive in matters of taste. Having no knowledge of models other than what they meet with in their own tongue, the standard they have formed of purity and taste in composition must necessarily be a narrow one. The translator, however, would ill-discharge his duty, if for the sake of avoiding ridicule, he sacrificed fidelity to the original. He must represent his author as he is, not as he should be to please the narrow taste of those entirely unacquainted with him. Mr. Pickford, in the preface to his English translation of the Mahavira Charita, ably defends a close adherence to the original even at the sacrifice of idiom and taste against the claims of what has been called 'Free Translation,' which means dressing the author in an outlandish garb to please those to whom he is introduced.
In the preface to his classical translation of Bhartrihari's Niti Satakam and Vairagya Satakam, Mr. C.H. Tawney says, "I am sensible that in the present attempt I have retained much local colouring.

Ähnliche Titel wie „The Mahabharata of Krishna-Dwaipayana Vyasa I“

The Ranger; Or, The Fugitives of the Border
Edward Sylvester Ellis

The Lives of the Saints I
S. Baring-Gould

Joffre and His Army
Charles Dawbarn