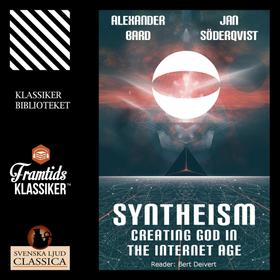 After the monumental Futurica Trilogy comes a book that dares to describe individualism as the now defunct religion it always was and describe a reality that is primarily virtual, rather than physical. While the authors do not mind challenging the reader's view of the self and the world, their main intention here is to induce passive receivers of the future to become more active participants. This work offers engaging observations and perceptive interpretations of contemporary society. Alexander Bard and Jan Söderqvist are Swedish philosophers and authors of the internationally successful Futurica Trilogy. They lecture the world over about the current global internet revolution. Bard & Söderqvist are regarded as pioneers in the literary genre futurica, where philosophy, social theory and futurology merge. After joining forces in the late 1990s, Bard & Söderqvist argued that the interactive revolution is the most profound and radical of all technological revolutions in the history of mankind, that it completely transforms society in every aspect: politics, the economy, culture, social power structures, the collective world view and the whole concept of being human. Bard & Söderqvist demonstrated the effects of network dynamics on various levels of a globalised world. They not only made controversial predictions in the early years of the new millennium (and cleverly foresaw both the dot.com crash and the September 11 terror attacks), they have since then been proven right in virtually every aspect and even in the most minute of details. Not only did Bard & Söderqvist foresee revolutionary innovations such as Google, Facebook, Al-Qaida and Wikileaks; they also went deeper and looked into the very power struggle of the on-going revolution itself. Bard & Söderqvist are now back with a proposal for a complete new metaphysics for the digital age, and it is called Syntheism - Creating God in The Internet Age.

The Spirit of the Laws
Charles de Secondat

Feminism for the Health of It
Wilma Scott Heide

Cybercrime and the Darknet
Cath Senker