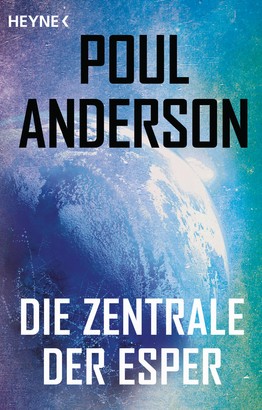 Acclaimed science fiction writer Poul Anderson (1926-2001) was born in Bristol, Pennsylvania. After earning a degree in physics from the University of Minnesota, he moved to San Francisco where he lived with his wife and writing partner, Karen.

Anderson was a prolific writer with more than one hundred titles to his name. He wrote from a unique position and point of view having a deep understanding of science as well as a keen interest in Norse mythology. While Anderson had written some fantasy novels, including The Broken Sword (1954), Three Hearts and Three Lions (1961), and A Midsummer Tempest (1974), his reputation rests primarily on the strength of his science fiction.

Anderson&#39;s first science fiction novel was the 1954 Brain Wave, and it is considered by most to be a classic in the genre. Anderson liked to write series of novels, including his popular Time Patrol works beginning with 1981&#39;s Guardians of Time. He also wrote novellas and many short stories.

To his credit, Anderson has numerous science fiction awards including three Nebula awards, seven Hugo awards and the SFWA Grand Master Award (1997). But it is perhaps for the 1970 novel Tau Zero that Anderson will be best remembered. Anderson&#39;s last novel, Genesis (2000), won the John W. Campbell Memorial Award (2001) for best science fiction novel of the year.