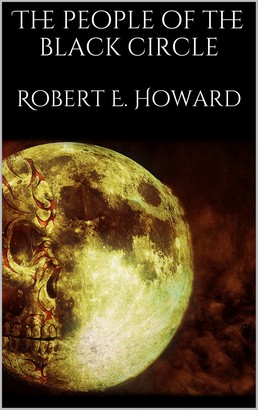 The people of the black circle

Beschreibung zu „The people of the black circle“

The king of Vendhya was dying. Through the hot, stifling night the temple gongs boomed and the conchs roared. Their clamor was a faint echo in the gold-domed chamber where Bunda Chand struggled on the velvet-cushioned dais. Beads of sweat glistened on his dark skin; his fingers twisted the gold-worked fabric beneath him. He was young; no spear had touched him, no poison lurked in his wine. But his veins stood out like blue cords on his temples, and his eyes dilated with the nearness of death. Trembling slave-girls knelt at the foot of the dais, and leaning down to him, watching him with passionate intensity, was his sister, the Devi Yasmina. With her was the wazam, a noble grown old in the royal court.

Ähnliche Titel wie „The people of the black circle“

The Orb of Truth
Brae Wyckoff

Jordan Black And The Scepter Of Time
Kenneth S. Valentine

Into the Gray
Margaret Killjoy