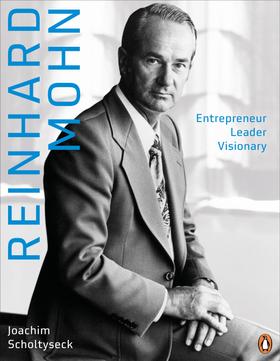 On the 100th birthday of the visionary entrepreneur

REINHARD MOHN (1921-2009) is regarded as one of the most important German entrepreneurs of the 20th century. Returning home from World War II, he took over his parents’ publishing company in 1947 and in the decades that followed, beginning with the founding of the Bertelsmann Lesering in 1950, set the course for Bertelsmann’s development into an international media group with a corporate culture based on social partnership. The economic success of Bertelsmann AG, which Mohn managed from the East Westphalian provinces, was accompanied by a high reputation as one of the most attractive and progressive employers in the Federal Republic. In 1977, Mohn established the Bertelsmann Stiftung, which is dedicated to promoting a democratic civil society and is today considered the most important of Germany’s foundations.