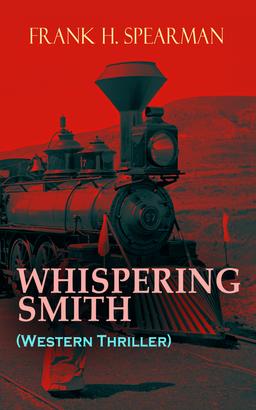 Luke "Whispering" Smith is a railroad policeman in frontier-era Wyoming and on a hot pursuit of a notorious gang of train robbers (based upon the actual "Hole in the Wall" gang). But can Smith outwit these elusive and clever train robbers or will they get the better of him?
Frank H. Spearman was an American author who was known for his Western books and especially for his fiction and non-fiction works on the topic of railroads. His western novel Whispering Smith–the title character of which was modelled on real-life Union Pacific Railroad detectives Timothy Keliher and Joe Lefors (though the name of the titular hero was apparently derived from another UPRR policeman, James L. "Whispering" Smith)–was made into a movie 8 times.

The Dog Crusoe and His Master
R.m. Ballantyne

THE DOG CRUSOE AND HIS MASTER (A Children's Classic)
R.m. Ballantyne

The Sheriff of Pecos
H. Bedford-Jones