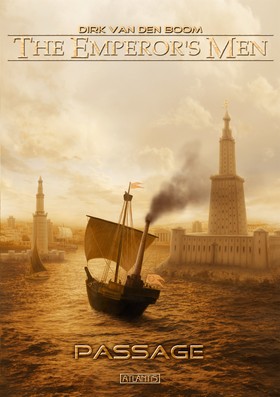 The victory over the Goths has only brought temporary peace to the Roman Empire. Unrest and intrigues threaten to jeopardize the achievements made. The time travelers from the Saarbrücken not only help to reform Empire but also have to take first steps against the threat posed by the Huns. An expedition is sent to Africa to spread new ideas in the Empire and begin the search for profitable commodities. But the opponents of the new order are not asleep and begin their preparations to restore the old ways - and this with the help of a man who was believed to be dead.