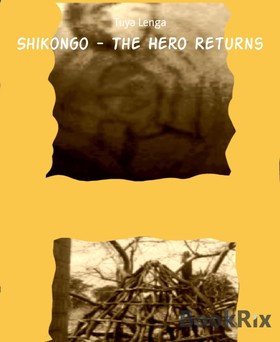 Part One of a series, Shikongo- The Hero Returns follows the young man, Shikongo who runs away from home, leaving everything behind following the death of both his parents in mysterious circumstances, to find his mother&apos;s family in a neighboring kingdom. Initially afraid of his uncles, he decides to return and face them but first he must find his mothers family in a neighboring kingdom.
Set in pre colonial Southern Angola and Northern Namibia, it takes you on his journey as he stumbles upon an enchanted family with age old secrets for rain making and healing and where he falls in love with the beautiful and friendly Namtenya, only to lose her to an enchanted river goddess. Not knowing what strange events await him, he sets out to find her, knowing that he must still go and find his mothers kingdom.

Inspired by real events Shikongo - The Hero Returns explores life in nineteenth century Namibia and Angola and provides a look into the life of the Ovambo people before independence.

let us not think of them as barbarians
Peter Midgley