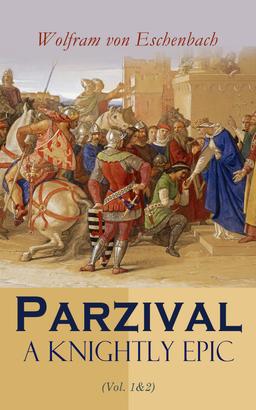 Parzival is a medieval romance by the German poet, knight, and troubadour Wolfram von Eschenbach. The story belongs to the most significant examples of medieval literature. The poem, dated to the first quarter of the 13th century, tells about the legendary knight of the Round Table Parzival (Percival in English) and his long search for the Holy Grail following his initial failure to achieve it. The story begins with Parzival's birth and early life, continues with his attempts to find King Arthur and join him, together with his friend Gawan and concludes in meeting and marriage to the love of his life Orgeluse. Although the poem is dedicated to the spiritual and physical search for Saint Grail, its central narrative is love, chivalry, and courtship that reward the hero with a happy completion of his deeds.

The Legend of the Holy Graal. Book I
Arthur Edward Waite