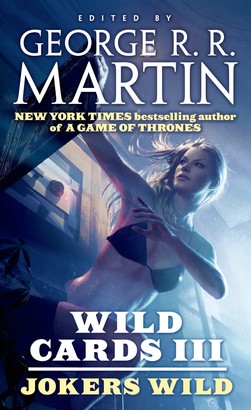 Rights to develop Wild Cards for TV have been acquired by Universal Cable Productions, the team that brought you The Magicians and Mr. Robot, with the co-editor ofWild Cards, Melinda Snodgrass as executive producer.

Let the secret history of the world be told—of the alien virus that struck Earth after World War II, and of the handful of survivors who found they now possessed superhuman powers. Some were called Aces, endowed with powerful mental and physical prowess. The others were Jokers, tormented by bizarre mind or body disfigurements. Some served humanity. Others wreaked terror. Now, forty years later, under the streets of Manhattan an evil genius unleashes the powers of darkness—and Aces and Jokers alike must fight for their lives.

When the Devil Drives
Melinda Snodgrass