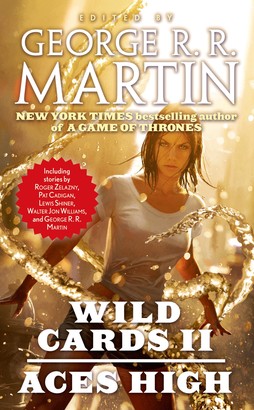 Soon to be a TV show on Hulu!

After the alien virus struck humanity in the wake of World War II, a handful of the survivors found they possessed superhuman powers. The Wild Cards shared-world volumes tell their story.

Here in book two, Wild Cards II: Aces High, we trace these heroes and villains through the tumultuous 1980s, both like and unlike our own. Now, after centuries of travel through space, an extraterrestrial being called the Swarm is headed for Earth. Meanwhile, some of the aces given superpowers by the virus are hatching conspiracies to control the human world. These factions are about to collide…and the fallout could be catastrophic.

The Elephant in the Room
Paul Cornell

The Button Man and the Murder Tree
Cherie Priest