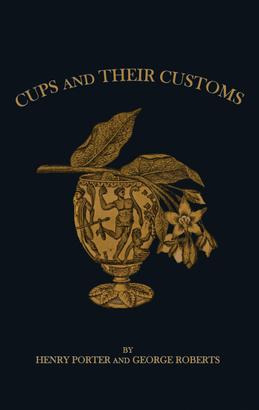 Drinking Cups And Their Customs

This is a reprint of the 1869 second edition of Drinking Cups and Their Customs by Henry Porter and George Roberts. These two Londoners didn't like the new American cocktail culture, that was about to replace traditional British drinking habits. So they wrote this book in favour of old English Cups and Punches, including the story of their heritage and a couple of recipes.