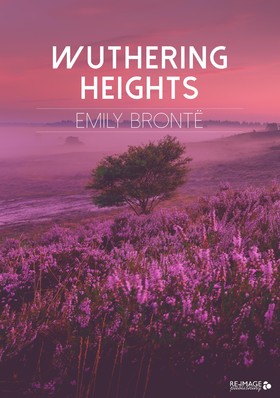 In the late winter months of 1801, a man named Lockwood rents a manor house called Thrushcross Grange in the isolated moor country of England. Here, he meets his dour landlord, Heathcliff, a wealthy man who lives in the ancient manor of Wuthering Heights, four miles away from the Grange. In this wild, stormy countryside, Lockwood asks his housekeeper, Nelly Dean, to tell him the story of Heathcliff and the strange denizens of Wuthering Heights. Nelly consents, and Lockwood writes down his recollections of her tale in his diary; these written recollections form the main part of Wuthering Heights.

Emily Brontë was born on 30th July 1818. She was the younger sister of Charlotte Brontë and the fifth of six children. From 1820 Emily's father was perpetual curate of Haworth in North Yorkshire. After the death of their mother in 1821, the older sisters were sent away to school and Emily joined them for a brief period, however two of her sisters contracted typhus and subsequently died and the remaining sisters and their brother were thereafter educated at home.

Apart from a brief spell as a teacher, Emily spent the most part of her adult life at home, cooking, cleaning and teaching at Sunday school. In 1846 there appeared 'Poems by Currer, Ellis, and Acton Bell', the pseudonyms of Charlotte, Emily, and Anne Brontë. Wuthering Heights was Emily's only novel and was first published in 1847. Emily Brontë died from tuberculosis in 1848.