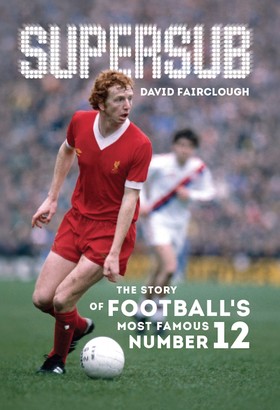 The Story of Football's Most Famous Number 12

David Fairclough started just 92 games in an eight year Liverpool career yet his standing as one of the most famous goalscorers in the club's illustrious history is without question. Another 66 appearances as substitute boosted his Anfield career total and it was for his role as Liverpool's number 12 for which he is best remembered. Fairclough was, and always will be, the original 'Supersub'. Yet, it is a moniker he loved and loathed in equal measure and one he felt ultimately held him back in his career. In this refreshingly candid autobiography Fairclough relives the highs and lows of a colourful career. He recalls his meteoric rise to stardom and the priceless contribution he made to the Liverpool's remarkable success under Bob Paisley. From his key role against St Etienne on arguably Anfield's greatest night, through a career that witnessed 19 major trophies, Fairclough lifts the lid on what life was really like for him in the Anfield dressing room of that time, his often fraught relationship with Paisley and explains the psychological burden of being cast as 'the outsider looking in'. In an evocative collaboration with journalist Mark Platt, Fairclough's story is at once a compelling insight into one of the greatest teams in football history, populated by the great players whom David played with and against, and the gripping and characteristically honest memoir of one of Liverpool's most popular sons.

The Joy of Cricket
Graham Tarrant

The Joy of Running
Paul Owen

A Joosr Guide to... Faster by Michael Hutchinson

Learn the Techniques and Strategies of Tennis
Todd Hicks

A Matter of Life and Death
Jim White

Running Out of Gas
Scott Ludwig