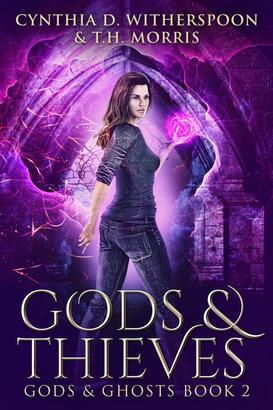 Never in a million years would Eva have thought that she'll get kidnapped. Maybe what the books said about Greek heroes and hubris had a point.

She was too good of a fighter. There was no way Ares could get his hands on her. But the rescue was only the beginning.

Jonah Rowe was willing to work with anyone or anything to get Eva back home. Even if that meant working with the Devil himself. So when he and Cyrus meet up with Ares, Jonah is leery, but willing. He had no idea that he was falling right into the plans that Hades had for him. For Eva.

Jonah was done being the hero. He would take what he wanted. Live how he wanted.

The rest of the world be damned.

The Weight of Honor (Kings and Sorcerers—Book 3)
Morgan Rice

The Hexer from Salem - Witches of Salem
Wolfgang Hohlbein