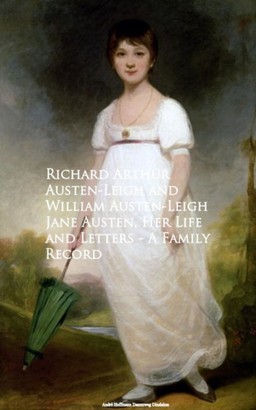 Jane Austen, Her Life and Letters - A Family Record

Since 1870-1, when J. E. Austen Leigh published his Memoir of Jane Austen, considerable additions have been made to the stock of information available for her biographers. Of these fresh sources of knowledge the set of letters from Jane to Cassandra, edited by Lord Brabourne, has been by far the most important. These letters are invaluable as mémoires pour servir; although they cover only the comparatively rare periods when the two sisters were separated, and although Cassandra purposely destroyed many of the letters likely to prove the most interesting, from a distaste for publicity.
Some further correspondence, and many incidents in the careers of two of her brothers, may be read in Jane Austen's Sailor Brothers, by J. H. Hubback and Edith C. Hubback; while Miss Constance Hill has been able to add several family traditions to the interesting topographical information embodied in her Jane Austen: Her Homes and Her Friends. Nor ought we to forget the careful research shown in[vi] other biographies of the author, especially that by Mr. Oscar Fay Adams.

During the last few years, we have been fortunate enough to be able to add to this store; and every existing MS. or tradition preserved by the family, of which we have any knowledge, has been placed at our disposal.

It seemed, therefore, to us that the time had come when a more complete chronological account of the novelist's life might be laid before the public, whose interest in Jane Austen (as we readily acknowledge) has shown no signs of diminishing, either in England or in America.

The Memoir must always remain the one firsthand account of her, resting on the authority of a nephew who knew her intimately and that of his two sisters. We could not compete with its vivid personal recollections; and the last thing we should wish to do, even were it possible, would be to supersede it.

Under Her Spell
Jo Ann Ferguson