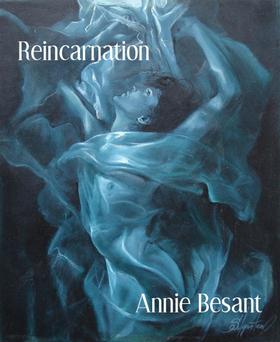 Let us start with a clear understanding of what is meant by Reincarnation. So far as the derivation of the word is concerned, any repeated entering into a physical, or fleshly covering, might be included thereunder. It certainly implies the existence of something relatively permanent that enters into and inhabits successive somethings relatively impermanent.

Now Reincarnation is a truth that has swayed the minds of innumerable millions of our race, and has molded the thoughts of the vast majority for uncounted centuries. It dropped out of the European mind during the Dark Ages, and so ceased to influence our mental and moral development—very much, be it said in passing, to the injury of that development. For the last hundred years it has from time to time flashed through the minds of some of the greater Westerns, as a possible explanation of some of life&apos;s most puzzling problems: and during recent years, since its clear enunciation as an essential part of the Esoteric Teaching, it has been constantly debated, and is as constantly gaining ground, among the more thoughtful students of the mysteries of life and of evolution.

Death and After?
Annie Besant

The Nature and Practice of Yoga
Annie Besant