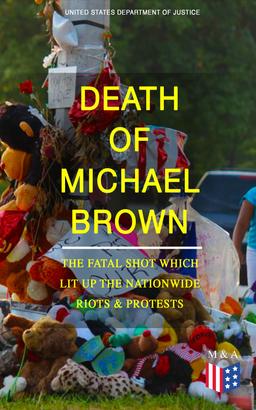 The shooting of Michael Brown occurred on August 9, 2014, in Ferguson, Missouri, a northern suburb of St. Louis. Brown, an 18-year-old black man, was fatally shot by Darren Wilson, a white Ferguson police officer, after robbing a convenience store. In response to the shooting the U.S. Department of Justice conducted two investigations into the circumstances of Brown's murder and the policing practices of the Ferguson Police Department. This e-book presents all the findings and established facts of these investigations; including the misconduct against the citizens by the Ferguson Police, discrimination against African-Americans and conclusions regarding the shooting incident.