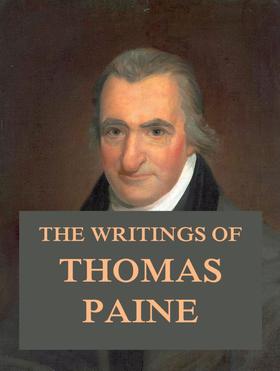 The Writings of Thomas Paine

Thomas Paine was one of the Founding Fathers of the United States. He authored the two most influential pamphlets at the start of the American Revolution, and he inspired the rebels in 1776 to declare independence from Britain. Paine is the only English writer who expresses with uncompromising sharpness the abstract doctrine of political rights held by the French revolutionists. His relation to the American struggle, and afterwards to the revolution of 1789, gave him a unique position, and his writings became the sacred books of the extreme radical party in England. This edition contains all four original volumes with his most famous works from 1774 through 1796. Included are "The American Crisis", "Common Sense", "The Rights of Man" and "The Age of Reason".