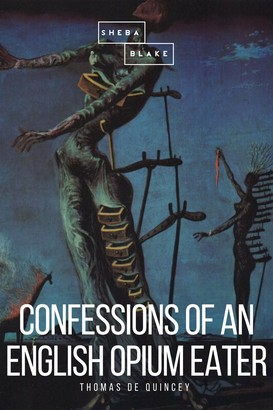 Confessions of an English Opium Eater

Confessions of an English Opium-Eater is an autobiographical account written by Thomas De Quincey, about his laudanum (opium and alcohol) addiction and its effect on his life. The Confessions was "the first major work De Quincey published and the one which won him fame almost overnight..." First published anonymously in September and October 1821 in the London Magazine, the Confessions was released in book form in 1822, and again in 1856, in an edition revised by De Quincey. As originally published, De Quincey's account was organized into two parts: Part I begins with a notice "To the Reader", to establish the narrative frame: "I here present you, courteous reader, with the record of a remarkable period in my life...." It is followed by the substance of Part I: Preliminary Confessions, devoted to the author's childhood and youth, and concentrated upon the emotional and psychological factors that underlay the later opium experiences . especially the period in his late teens that de Quincey spent as a homeless runaway in Oxford Street in London in 1802 and 1803. Part II is split into several sections: A relatively brief introduction and connecting passage, followed by The Pleasures of Opium, which discusses the early and largely positive phase of the author's experience with the drug, from 1804 until 1812; Introduction to the Pains of Opium, which delivers a second installment of autobiography, taking De Quincey from youth to maturity; and The Pains of Opium, which recounts the extreme of the author's opium experience (up to that time), with insomnia, nightmares, frightening visions, and difficult physical symptoms. Another "Notice to the Reader" attempts to clarify the chronology of the whole. The cover of Thomas De Quincey's book Confessions of an Opium-Eater. This version was published by the Mershon Company in 1898.

The Prince and the Pauper
Mark Twain

On the Origin of Species
Charles Darwin

The Age of Reason
Thomas Paine

The Art of War
Sun Tz

On the Importance of Civil Disobedience
Henry David Thoreau