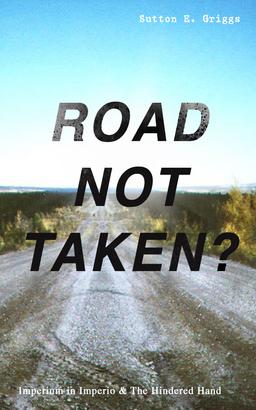 ROAD NOT TAKEN? - Imperium in Imperio & The Hindered Hand

This carefully crafted ebook: "ROAD NOT TAKEN? - Imperium in Imperio & The Hindered Hand" is formatted for your eReader with a functional and detailed table of contents.
"Imperium In Imperio" is a turn of a century novel which envisages what kind of leadership the Black Civil Rights Movement ought to have–one that is radical and seizes control of the government or the other which stresses on assimilation? Published in 1899 the novel proposed the radical idea of a secret underground group of radicals that is debating these issues. The faces of these two widely disparate ways are two friends–Bernard Belgrave, the proponent of militancy and Belton Piedmont, the pacifist. But what will happen when these two ideologies collide? Can their utopian ideals sustain in the face of reality? Or will their worlds descend into the chaos of a political dystopia? The novel still raises pertinent questions about the issues of Black leadership in present day America and contrary to popular belief, does not provide an easy answer.
"Hindered Hand" is a direct reply to Thomas Dixon's "The Leopard's Spots" which showed that the members of KKK (Ku Klux Klan) were heroes and the free slaves were villains. The Hindered Hand shatters this white ideology and reveals the truth by showing graphic accounts of sexual violence and lynching against the African Americans and thus became one the most popular African-American novels of the period....
Sutton Elbert Griggs (1872-1933) was an African-American author, Baptist minister, social activist and founder of the first black newspaper and high school in Texas.

100$ REWARD ON MY HEAD – Powerful & Unflinching Memoirs Of Former Slaves: 28 Narratives in One Volume
Frederick Douglass