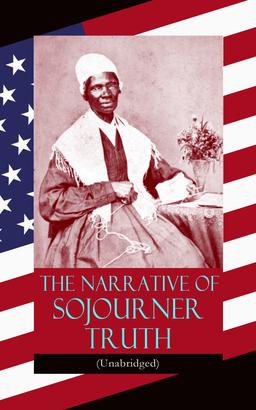 The Narrative of Sojourner Truth (Unabridged)

Including her famous Speech Ain't I a Woman? (Inspiring Memoir of One Incredible Woman)

This carefully crafted ebook: "The Narrative of Sojourner Truth (Unabridged)" is formatted for your eReader with a functional and detailed table of contents.
The Narrative of Sojourner Truth (1850) is an inspiring memoir of the African American abolitionist who in spite of going through the trauma of slavery and being separated from her family had the courage to break free from its shackles and became a lasting inspiration for many.
Ain't I a Woman? (1851) is Truth's best-known speech was delivered extemporaneously, in 1851, at the Ohio Women's Rights Convention in Akron.
Sojourner Truth (1797–1883) was an African-American abolitionist and women's rights activist. Truth was born into slavery in Swartekill, Ulster County, New York, but escaped with her infant daughter to freedom in 1826. After going to court to recover her son, in 1828 she became the first black woman to win such a case against a white man. She gave herself the name Sojourner Truth in 1843 after she became convinced that God has called her to leave the city and go into the countryside "testifying the hope that was in her".

12 YEARS A SLAVE (Voices From The Past Series)
Solomon Northup

The History of Mary Prince, a West Indian Slave (Voices From The Past Series)
Mary Prince