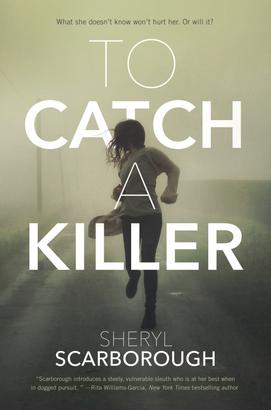 To Catch a Killer

Buchbeschreibung zu „To Catch a Killer“

“A twisty, cold-case mystery custom made for fans of Sara Shepard, PLL and Veronica Mars! The edge-of-your-seat plot, sinister backstory and smart, brave and irreverent main character made this whodunit unputdownable.”—Justine Magazine

In To Catch a Killer, a contemporary mystery by debut author Sheryl Scarborough, a teenage girl uses forensic science to solve the cold-case murder of her mother. Erin Blake has one of those names. A name that is inextricably linked to a grisly crime. As a toddler, Erin survived for three days alongside the corpse of her murdered mother, and the case—which remains unsolved—fascinated a nation. Her father's identity unknown, Erin was taken in by her mother's best friend and has become a relatively normal teen in spite of the looming questions about her past.

Fourteen years later, Erin is once again at the center of a brutal homicide when she finds the body of her biology teacher. When questioned by the police, Erin tells almost the whole truth, but never voices her suspicions that her mother's killer has struck again in order to protect the casework she's secretly doing on her own.

Inspired by her uncle, an FBI agent, Erin has ramped up her forensic hobby into a full-blown cold-case investigation. This new murder makes her certain she's close to the truth, but when all the evidence starts to point the authorities straight to Erin, she turns to her longtime crush (and fellow suspect) Journey Michaels to help her crack the case before it's too late.

SHERYL SCARBOROUGH is an award-winning writer for children’s television, having written for shows such as Kim Possible, Doug, Tiny Toon Adventures and Punky, among many other credits. She is the author of mystery novel To Catch a Killer. She holds an MFA in Writing for Children and Young Adults from Vermont College of Fine Arts, lives in Washington state, and has always had an obsession with forensics. When she was twelve, her home was the target of a Peeping Tom. Sheryl diligently photographed his footprints and collected the candy wrappers he left behind. Unfortunately, he was never caught. But the desire to use evidence to solve a great mystery was sparked inside Scarborough all the same.

Anger Is a Gift
Mark Oshiro

In Another Life
Laura Jarratt