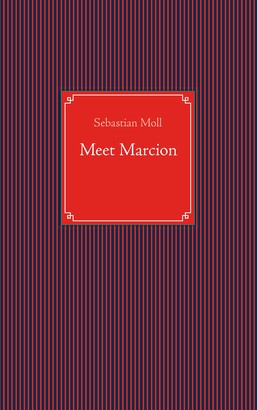 “Ha, the Creator didn’t even know where Adam was. Like in a game of hide-and-seek he, the ‘Omniscient’, ran around in his own garden, calling: Adam, where art thou?”
In this hilarious and thought-provoking play, we meet Marcion of Sinope, the first man to ever officially break with the Church for doctrinal reasons, the arch-heretic. He is visited by his nemesis, the hot-blooded Tertullian, who comes to Rome in a frantic attempt to bring Marcion back to the true faith. But he will not be easily swayed and instead lures Tertullian into a deep debate about God, faith, alcohol, women and other vices. Featuring the Gnostic Ptolemy, the Bishop of Rome and many other prominent Christian figures, this play invites the viewer to plunge into the religious atmosphere of the second century.