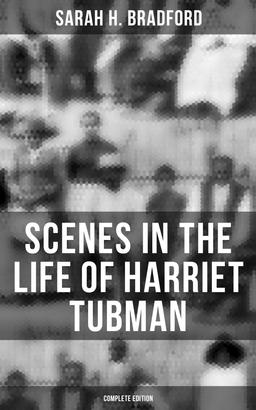 Scenes in the Life of Harriet Tubman (Complete Edition)

This eBook edition of "Scenes in the Life of Harriet Tubman" has been formatted to the highest digital standards and adjusted for readability on all devices.
"Scenes in the Life of Harriet Tubman" is a biography of Harriet Tubman, written by Sarah Hopkins Bradford in 1869, four years after the end of the Civil War. The book describes life and adventures of Tubman, an escaped slave, who had helped many escaped slaves travel to the northern States and Canada before the Civil War, using the Underground Railroad. Bradford wrote this book, using extensive interviews with Tubman, to raise funds for Tubman's support. Harriet Tubman, born Araminta Ross, (c. 1822 – 1913) was an American abolitionist, humanitarian, and an armed scout and spy for the United States Army during the American Civil War. Born into slavery, Tubman escaped and subsequently made some thirteen missions to rescue approximately seventy enslaved people, family and friends, using the network of antislavery activists and safe houses known as the Underground Railroad.
Sarah Hopkins Bradford (1818 – 1912) was an American writer and historian, best known today for her two pioneering biographical books on Harriet Tubman. Bradford was one of the first Caucasian writers to deal with African-American topics, and her work attracted worldwide fame, selling very well.
Contents:
Scenes in the Life of Harriet Tubman
Some Scenes in the Life of Harriet Tubman
Extracts From a Letter Written by Mr. Sanborn, Secretary of the Massachusetts Board of State Charities
Statements Made by Martin I. Townsend, Esq., of Troy, Who Was Counsel for the Fugitive, Charles Nalle
Essay on Woman-whipping
Harriet, The Moses of Her People

Behind the Scenes: 30 Years a Slave & 4 Years in the White House
Elizabeth Keckley