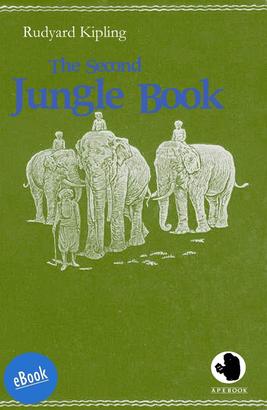 Rudyard Kipling (1865-1936) was an English journalist, poet and novelist. He was born in India, where he spent the first six years of his childhood. The stories of his popular "Jungle Books" were written when Kipling lived in the United States.

In 1907 Rudyard Kipling was awarded the Nobel Prize in Literature – as the youngest recipient to date. Also he was the first English-language writer to receive the prize.

Kipling published his famous "Jungle Book" in 1894. It tells the well-known stories of Mowgli, a boy growing up in the jungle with animals and the laws of nature as his teachers. Furthermore the book contains stories of animal protagonists (for example the mongoose and snake-hunter Rikki-Tikki-Tavi), told as fables which use animals in an anthropomorphic manner to give moral lessons. It is also possible to interpret Kipling´s main work as allegories of the politics and society of the time. "The Jungle Book" is still one of the most popular works in English literature. "The Second Jungle Book" was published in 1895 and tells even more stories of Mowgli and his animal companions.

A Night in a Moorish Harem
Author Anonymous