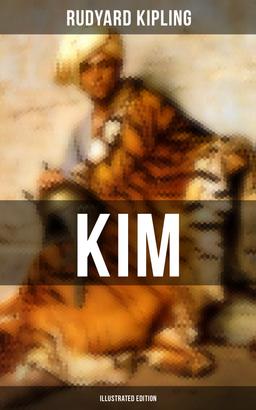 Kim (Kimball O'Hara) is the orphaned son of an Irish soldier and a poor Irish mother who have both died in poverty. Living a vagabond existence in India under British rule in the late 19th century, Kim earns his living by begging and running small errands on the streets of Lahore. He occasionally works for Mahbub Ali, a Pashtun horse trader who is one of the native operatives of the British secret service. Kim is so immersed in the local culture, few realise he is a white child, though he carries a packet of documents from his father entrusted to him by an Indian woman who cared for him. The story unfolds against the backdrop of The Great Game, the political conflict between Russia and Britain in Central Asia. It is set after the Second Afghan War which ended in 1881, but before the Third, probably in the period 1893 to 1898. The novel is notable for its detailed portrait of the people, culture, and varied religions of India. "The book presents a vivid picture of India, its teeming populations, religions, and superstitions, and the life of the bazaars and the road."
Rudyard Kipling (1865–1936) was an English short-story writer, poet, and novelist. He wrote tales and poems of British soldiers in India and stories for children. He is regarded as a major innovator in the art of the short story; his children's books are classics of children's literature; and one critic described his work as exhibiting "a versatile and luminous narrative gift".

The Jungle Book & Its Sequel, The Second Jungle Book (With All the Original Illustrations)
Rudyard Kipling