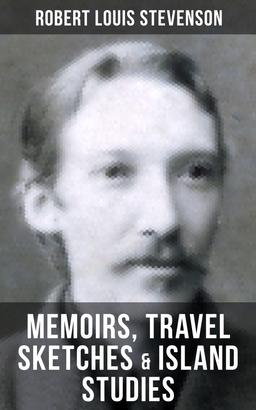 This carefully crafted ebook of "Robert Louis Stevenson: Memoirs, Travel Sketches & Island Studies" has been formatted to the highest digital standards and adjusted for readability on all devices.
Robert Louis Stevenson (1850 - 1894) was a Scottish novelist, poet, essayist, and travel writer. His most famous works are Treasure Island, Kidnapped, and Strange Case of Dr Jekyll and Mr Hyde. A literary celebrity during his lifetime, Stevenson now ranks among the 26 most translated authors in the world.
Table of Contents:
An Inland Voyage (1878)
Travels with a Donkey in the Cévennes (1879)
Edinburgh - Picturesque Notes (1879)
The Old and New Pacific Capitals (1882)
The Amateur Emigrant (1895)
Across the Plains (1892)
The Silverado Squatters (1883)
A Mountain Town in France (1896)
The Island Literature:
A Footnote to History, Eight Years of Trouble in Samoa (1892)
In the South Seas (1896)