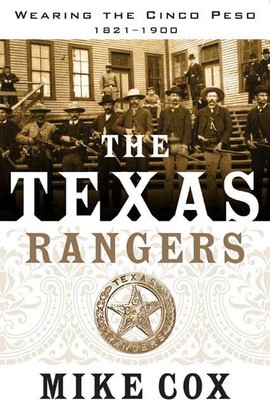 Starting in 1821 with just a handful of men, the Rangers' first purpose was to keep settlers safe from the feared and gruesome Karankawa Indians, a cannibalistic tribe that wandered the Texas territory. As the influx of settlers grew, the attacks increased and it became clear that a much larger, better trained force was necessary.

From their tumultuous beginning to their decades of fighting outlaws, Comanche, Mexican soldados and banditos, as well as Union soldiers, the Texas Rangers became one of the fiercest law enforcement groups in America. In a land as spread-out and sparsely populated as the west itself, the Rangers had unique law-enforcement responsibilities and challenges.

The story of the Texas Rangers is as controversial as it is heroic. Often accused of vigilante-style racism and murder, they enforced the law with a heavy hand. But above all they were perhaps the defining force for the stabilization and the creation of Texas. From Stephen Austin in the early days through the Civil War, the first eighty years of the Texas Rangers is nothing less then phenomenal, and the efforts put forth in those days set the foundation for the Texas Rangers that keep Texas safe today.

The War in Texas
Benjamin Lundy

The Mexican-American War of 1846-48: A Deceitful Smoke Screen
Humberto Garza

Time of the Rangers
Mike Cox

Marlborough: His Life and Times, Volume I
Winston S. Churchill